Colombo Number 7 Gin – A recipe from the past

Colombo Gin is handcrafted in small batches in copper pot stills by Sri Lankan spirit producer Rockland Distilleries, and it dates back all the way to the Second World War when Sri Lanka was known as Ceylon. During that time gin was not allowed to be made outside the UK as the presumption was that good quality London Dry Gin could only be made by the Brits (unlike today where great London Dry Gins are made around the globe).

After a lot of convincing from Rockland Distilleries, customs officials eventually allowed the distillation of gin in Colombo, but known as Ceylon Made Foreign Liquor (CMFL) instead of using the esteemed title of ‘London Dry’. This ruling was also implemented in India creating Indian Made Foreign Liquor around the same time.

But due to limited trade during the war the recipe had to be tweaked, using native ingredients handpicked from Colombo’s public gardens, also known as the Cinnamon Gardens. At the time the only imported botanicals were juniper and angelica root. Little did they know these local ingredients would become a great selling point back in the UK decades later!

Ever wanted to enjoy a gin and tonic cupcake? Well look no further the guys above at SORTED have made a fantastic and fun video on exactly how you can do it.

A Brighton bar has taken the decision to block mobile phone signals in their venue in order to force customers to talk to each other rather than staring at their phones.

Tonic water, made with bitter quinine mixed with sugar and lemon, was used in India by the British army to ward off Malaria – often helped down with a ration of gin. Years later is it now the quintessential mixer for Gin. Peter Spanton Beverages has looked back to redefine modern tonic water.

Our second “ILoveGin club” monthly G&T box will feature two of the Peter Spanton range: Their Classic No.1 Tonic Water, and their No.9 Cardamom Tonic Water.

In their signature classic No 1. London Tonic, the strong taste of quinine is balanced with Sicilian lemon oil and the essence of bitter orange peel. It is sweetened with Sucralose which is 600 times sweeter than sugar so only a very small amount is needed to produce a perfect tonic of under 4 calories.

How Well Do You Know Your Gin | The Gin Quiz

The Story of 6 O’clock Gin

Those of you lucky enough to be in the first 250 members from last month, I hope you enjoyed our first ever monthly G&T box! This month we have teamed up with Bramley and Gage to bring you 6 O’clock gins. Each kit will feature a miniature strikingly smooth London Dry Gin and a miniature of their delicious Sloe Gin.

Here’s a little more about Bramley and Gage and the history of 6 O’clock gin.

5 Must Try Gin & Mint Cocktails For The Summer

Yes we love gin, yes we love the summer and so we’re a little mad about any type of refreshing summer cocktails especially those that have mint in them! So we’ve found our 5 favourite summer gin cocktails which contain mint (and often cucumber) and put them all in one place for you to look through and decide which (if not all) to make.

17 Truths For People Who Love Gin 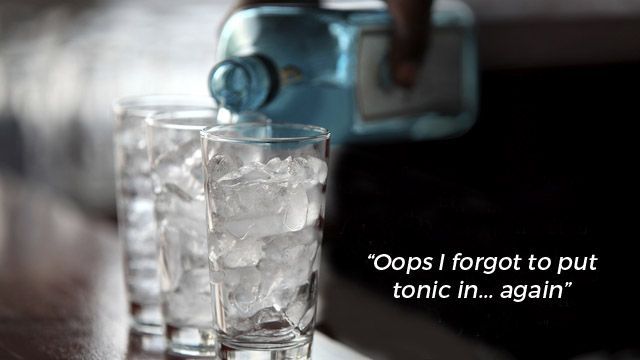 2. When some asks what your weekends plans are and you answer with…

That’s right, we think gin drinkers are the best and we’re going to tell you why! Yes we might be just a little bias as we love gin too but we think the 15 reasons below back up our opinion 😉 Agree? if you do you may love our monthly Gin & Tonic tasting club and you can get new gins delivered each month.

One of the best things about gin is that there are hundreds of different ones out there and although we do all have our own favourites we all love to try new ones!

2. We love enjoying a tipple together

18 Gin Problems We Can Relate To

Life is hard sometimes, and sometimes there’s only one way to handle it and that’s by using the hashtag #GinProblems