Broker’s, The Gin With The Bowler Hat

Founded by the two brothers Andy and Martin Dawson in 1998, Broker’s is an exceptional gin and just like the British humour, it is delightfully dry. The very well balanced recipe is 200 years old and, despite the various attempts to modernize it, it cannot possibly be improved… It is not the first time in history in which the UK is taken by the Gin storm. Back in the 18th century, the Gin Craze started in the City of London where there were more gin shops and distilleries than coffee shops, benefiting from the spices and botanicals coming in from the nearby port. Broker’s is a traditional gin whose looks and taste are inspired by the history of the spirit in the capital but its distillation takes place close to Birmingham.

The recipe is 200 years old, as old as the distillery where Broker’s is produced. The 100% wheat neutral spirit is flavoured with the finest herbs, spices and fruit imported from 3 continents. The production follows the rules for the making of a classic London Dry Gin and is strictly carried out in traditional pot stills to extract maximum flavour from the botanicals in a traditional hand-crafted fashion.

The label depicts an old-school London stock broker with a bowler hat placed over the cap of every bottle. “Constance” is the copper pot still used for producing Broker’s Gin. She was manufactured by John Dore & Co, long recognised as the finest still-maker in the world. The base spirit for Broker’s Gin is quadruple-distilled pure grain spirit made from English wheat – so smooth!

The ten natural botanicals are steeped and soaked in the base spirit in the still for 24 hours to release their flavour. The still is then fired up for the final, fifth distillation, which completes the process.

The dried botanicals are sourced where they are most flavorsome: Coriander seed in Bulgaria, Orris root in Italy, Nutmeg in India, Cassia bark in Indonesia, Cinnamon in the Seychelles, Liquorice in Italy, Orange peel in Spain, Lemon peel in Spain and Angelica root in Poland.

Broker’s Gin does not follow the modern trend of adding unusual botanicals to such a classic spirit. The brothers believe that their forefathers did an unbeatable job perfecting gin recipes over many hundreds of years and, we agree, that sometimes the old ways are better than the new!

The aroma is classic, juniper and coriander are the predominant flavours complimented by zesty citrus and black pepper. Crisp, dry and fresh on the palate – it is a very good, solid gin.

A G&T With Broker’s

Fill a chilled highball glass with ice cubes and pour the gin over them. Top with tonic water and garnishes, leave to infuse for a couple of minutes and cheers!

Broker’s Gin has won more top awards in international competitions over the last ten years than any other gin – we think you should give it a go! Sign up to the ILoveGin Club to get it 👉🏼 www.ilovegin.com/join – 4 delicious G&Ts delivered to your door every month plus lots of perks for members! 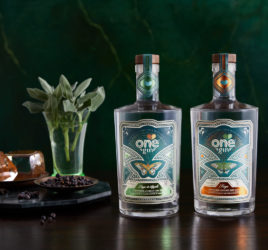 We love One Sage Gin! 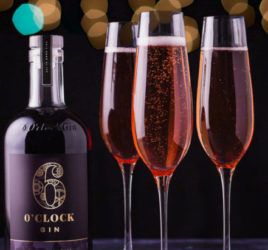 The perfect gin for Christmas! 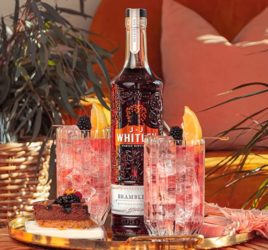 Bramble Gin is Perfect for Autumn!