Why is it called Old Tom?

As with many lost liquors, the history behind Old Tom is a patchwork of partial facts and questionable information. Most of the tales involve a black cat – the tom in question. Hayman’s suggests that back in 1736, one Captain Dudley Bradstreet hung a sign depicting a painted cat in the window and let it be known that doses of sweet mother’s ruin could be had at the address. Under the cat’s paw sign was a slot and a lead pipe, which was attached to a funnel insi de the house, customers placed their money in the slot and duly received their gin. Bradstreet’s idea was soon copied all over London. Very soon Old Tom became an affectionate nickname for gin.

Another explanation by Joseph Boord, the man behind the company believed to be the first to bottle Old Tom gin in the mid-1800s, said the name referred to an old guy named Tom who worked at his distillery. However, Boord’s label prominently featured a black cat perched atop a barrel too.

One thing is for sure. At some point in the mid-1800s, the image of a dark feline became fixedly associated with Old Tom.

Old Tom isn’t going to reclaim the towering place it once held in the gin world it’s now a rather niche category that is respected by those who understand its role in the history of gin, but it’s worth a try and makes some delicious classic cocktails. 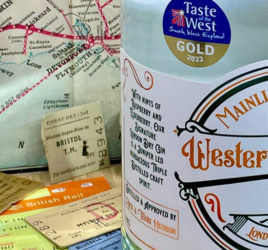 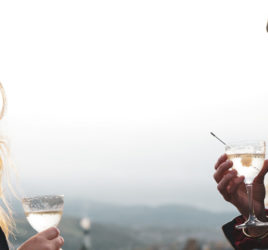 Height of Arrows Gin - An elevated gin made in Edinburgh