ILoveGin was invited to fly over to Middleton, near Cork, Ireland, to check out the launch of a new gin at “The Microdistillery, Middleton”. With Holly the Gintern unable to make it, Toby the Founder snapped up the chance instead (and took the opportunity to interview their Apprentice Distiller, as well as being one of the first to taste the new gin. Always a pleasure!)

It was only a few days before flying over that I realised “The Microdistillery” was one of the many buildings on the vast Jameson Whiskey Distillery plot! “Method and Madness” is a range of unique and experimental whiskeys produced at the microdistillery, and they’ve recently added the first gin to the range. Jameson is one of the Irish Distillers brands, which is itself owned by Pernod Ricard, so this is a “micro distillery” ultimately owned by the second biggest spirits company in the world. It certainly means they have all the resources they could need to make a really fantastic gin, launch it in style, and get it out to retailers all over the world. It was fascinating to see a huge company setting up a micro distillery (in truth, it was a lot bigger than quite a few other distilleries we’ve visited that we certainly wouldn’t call “micro”!), and dedicating a team and resources to experimenting, distilling manually, and launching a new product on a much smaller scale.

The day began with an introduction to the Master Distiller, Brian Nation, Apprentice Distiller Henry Donnelly, and Archivist Carol Quinn who told us about a notebook kept in the Midleton Distillery archive dating back to the 1790s. Written by a rectifier in Cork called William Coldwell, it details the recipes, botanicals and methods that informed the creation of Irish Distillers’ Cork Crimson Gin in 2005, which subsequently provided the primary inspiration for Brian and Henry in reimagining the recipe for Method and Madness Gin. 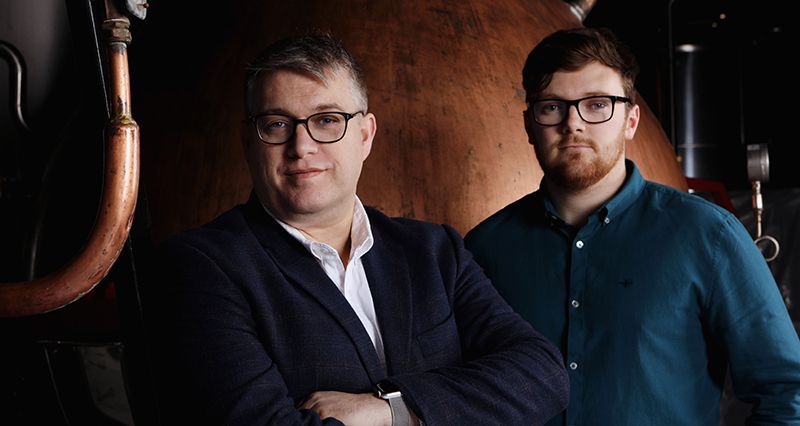 After the introduction from the team, curtains rolled back, and an impressive audio-visual display played a theme tune for the gin, accompanied by close-up shots on various screens and dynamic flashing lighting, before we were called forward to explore the botanicals and had our first look at the bottle. At this point there was no doubt that it was a micro distillery with a macro marketing budget, and we were loving it!

After that we walked through the stills and got up close with the impressive “Mickey’s Belly”, Ireland’s oldest gin still first commissioned in 1958, and then headed towards the back of the distillery for a taste of a Method and Madness Gin and Poacher’s Tonic G&T, with a big twist of lemon peel. 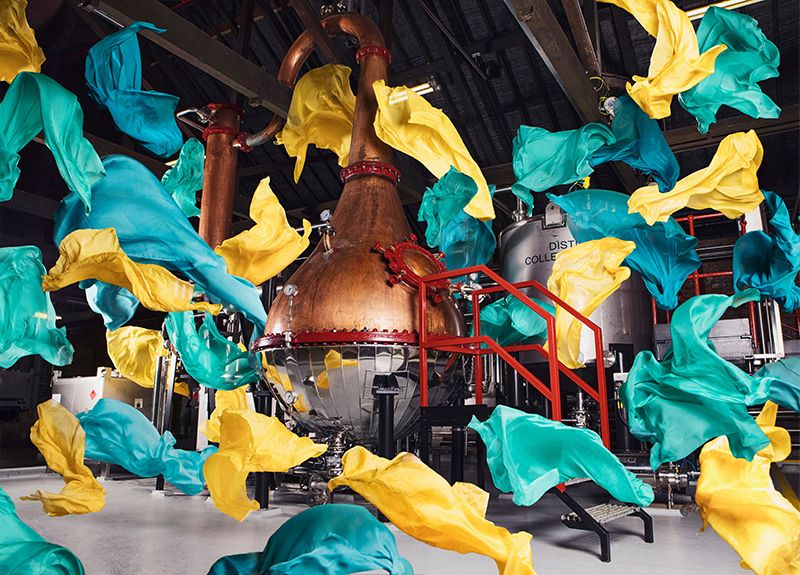 The gin includes 16 botanicals led by black lemon (essentially a sun-dried lemon) and Irish gorse flower – imparting notes of citrus and spice with subtle earthy undertones. Method and Madness Gin is bottled at 43% ABV and is available in Ireland and Global Travel Retail from March 2019, at the RRP of €50 per 70cl bottle, and should be making it over to the UK in July. 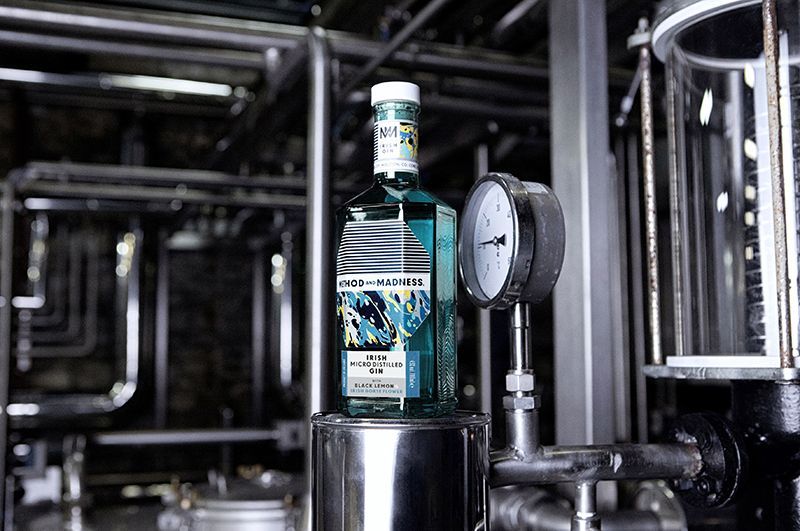 The gin is certainly unique, but it’s not as huge a departure from the classic London dry style as it could have been, given the experimental nature of the microdistillery. I think it’s a testament to Brian and Henry’s experience, skill, and frankly natural talent to be able to hold back the Madness from overwhelming the Method on this one, and the result is a truly excellent gin that I can’t wait to find more of in the UK. (sadly my small take-away sample didn’t make it onto the plane with me!)

Huge thanks to the team for inviting us to a brilliant event, including a brilliant dinner in Sage, Middleton after the launch, and to Henry Donnelly for taking time to answer some questions on camera, which you can watch below to find out more about how someone becomes the Apprentice Distiller at such a prestigious company.

Will Method and Madness make it into an ILoveGin.com members box? We hope so! Let us know if you’d like to try it.

Want to receive a G&T tasting kit to your order every month?! 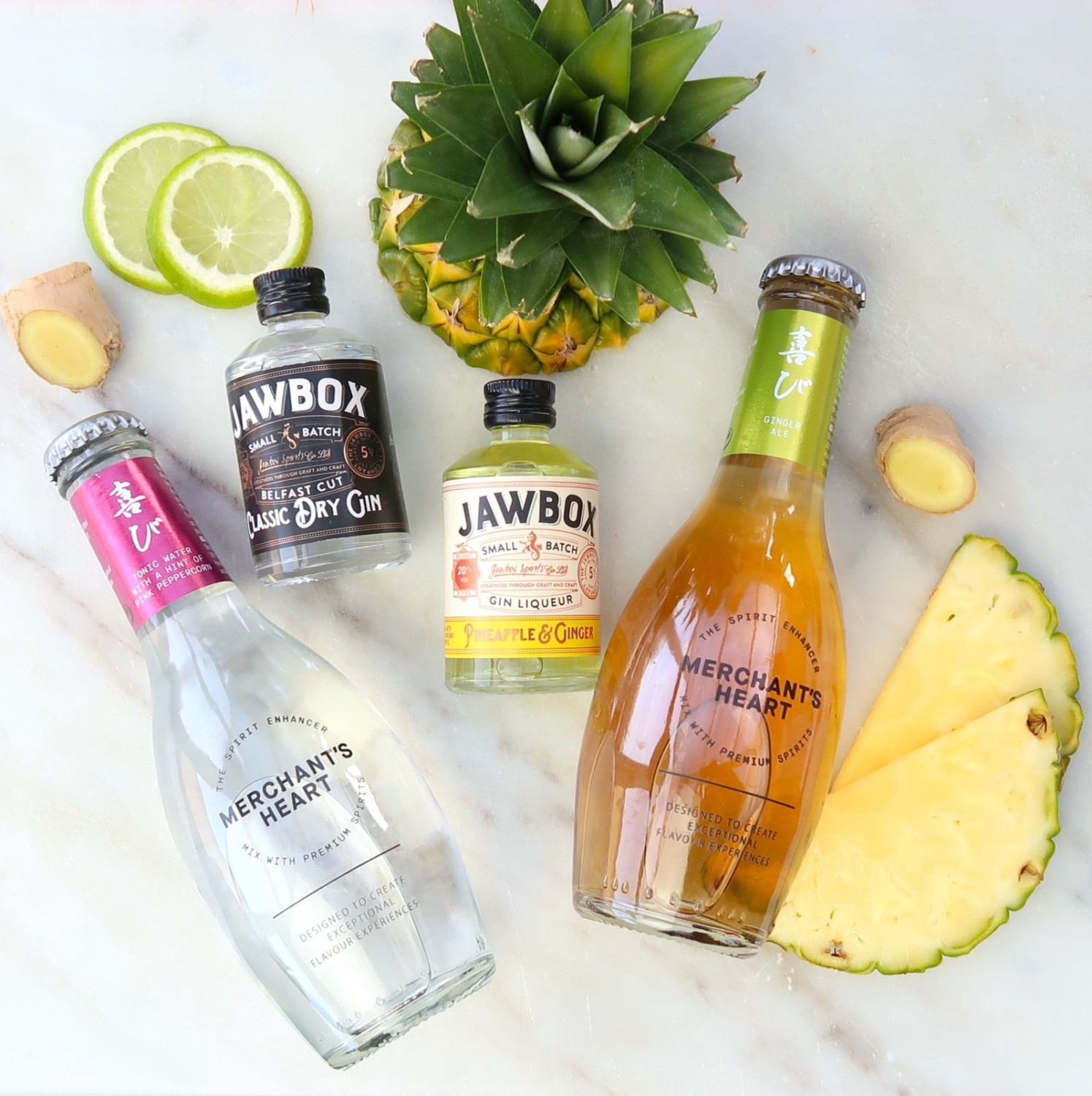 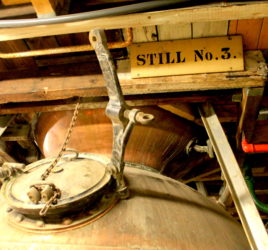 This distillery has made 500 gins! 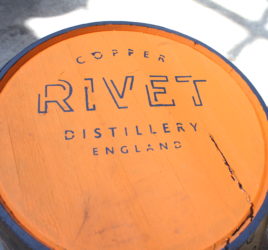 You have to visit Copper Rivet Distillery!