Most of you gin drinkers can pretty much be divided into one of two sides – those who support the lemon, and those who defend the lime!

However, lately the list of potential garnishes for you G&T has grown, and we are now faced with a seemingly endless array of options, creating the perfect Gin and Tonic is more complicated than it sounds… Now, being a quintessentially British drink we should probably start with the traditional, lemon garnish – affectionately known as “ice and slice”. Favoured by many as a clean, fresh way in which to bring out the citrus flavours present in many gins, it can be sliced or peeled, is perhaps the most classic of accompaniments.

So you might be wondering why lime is now served in most bars these days…the fact is a wedge or two of lime has slowly become the top choice for many gin connoisseurs and to take it one step further, some lime fans now include kaffir lime leaves in their G&Ts instead.

When it comes to iconic Gin and Tonic garnishes it seems each brand has it’s own now and it doesn’t get much more brand orientated than the Hendricks cucumber, however this isn’t just some marketing ploy, the cucumber flavours in the gin are brought to the forefront with a slice of fresh cucumber. Similarly, apple has become a hallmark of Caorunn Gin.

From here the ‘great garnish debate’ only gets more and more diverse with a list of garnishes that includes everything from ginger, lemongrass and rosemary right through to cinnamon, star anise and cardamom pods. Feel free to use this infographic but please reference www.ilovegin.com 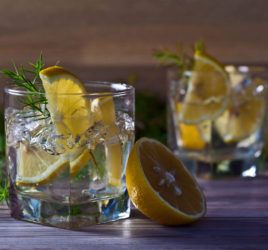 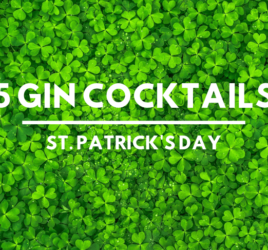