This Pub Has Over 600 Different Gins Available! Ever been to a pub and got excited about the number of gins that are behind the bar? Well if you head across to the Old Bell Inn near Manchester you’ll be greeted with around 600 different gins, yes you read that right, it’s not a typo they have six hundred different gins for you to taste!

This achievement has allowed the pub to be officially recognised as the Guinness World Record holder for the most gins in a pub! Not a bad effort we think!

The pub did have some strong competition, however it’s real competition was the record held by itself in 2014 when it had around 400 different gins. Philip Whiteman who is the man behind the ‘Gin Emporium’ said that ‘It’s great to think that I have produced something that is unique in the world’ he said that both himself and his team our very proud to be officially recognised as Guinness World Record Holders.

If you have a favourite gin you can bet that they will have it for you, but you’ll likely not want to go for something you know when there’s hundreds of other gins you’ve yet to try. You could try gin number 600 in the collection which is called ‘Thomas Dakin’ , a small batch gin which is distilled locally in Manchester.

So what are you waiting for, if you live locally head down to the Old Bell Inn or if not how about a road trip? (make sure you book a hotel for the night though!) You can find out more information and where to find the pub here. (Photo credits to Old Bell Inn) 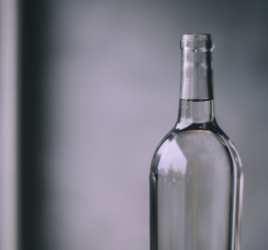