Colombo Number 7 Gin – A recipe from the past

Colombo Gin is handcrafted in small batches in copper pot stills by Sri Lankan spirit producer Rockland Distilleries, and it dates back all the way to the Second World War when Sri Lanka was known as Ceylon. During that time gin was not allowed to be made outside the UK as the presumption was that good quality London Dry Gin could only be made by the Brits (unlike today where great London Dry Gins are made around the globe).

After a lot of convincing from Rockland Distilleries, customs officials eventually allowed the distillation of gin in Colombo, but known as Ceylon Made Foreign Liquor (CMFL) instead of using the esteemed title of ‘London Dry’. This ruling was also implemented in India creating Indian Made Foreign Liquor around the same time.

But due to limited trade during the war the recipe had to be tweaked, using native ingredients handpicked from Colombo’s public gardens, also known as the Cinnamon Gardens. At the time the only imported botanicals were juniper and angelica root. Little did they know these local ingredients would become a great selling point back in the UK decades later!

After the war the distillery went back to their first approach, a traditional London Dry Gin recipe. However they realised that the essence of Colombo Gin was in the locally sourced ingredients and reverted to their war-time recipe with great success. People love the Ceylon heritage as well as the aromatic flavours of this unique drink – a London Dry Gin with a Sri Lankan twist.

Colombo Gin is made with only seven botanicals: juniper, coriander seeds, angelica and liquorice root, Sri Lankan cinnamon bark, curry leaves and ginger root. Like all London Dry Gins the spicy and aromatic juniper is predominant yet nicely balanced with other subtle spice notes.

Juniper, coriander and angelica is often considered as the holy trinity of gin botanicals. Cinnamon bark and liquorice adds slight sweetness, which is complimented with a hot, fragrant kick of ginger root.

How to drink it

When you add tonic into the mix these botanicals come through strong creating nice balance of sweet, sour and bitterness. Plenty of ice and a lemon wedge as a garnish Colombo Gin will take you back in time.

Tonic however is not a necessity, try it neat with a twist of lemon peel and either black or pink peppercorns for maximum taste.

What about that beast of a trademark?

There wouldn’t be a beauty without the beast, right? It is commonly known as gaja-singha, a lion’s body with an elephant’s head.

In this case the elephant symbolises the wisdom to lead gin production in the Indian subcontinent. The lion appreciates the courage to use ingredients that weren’t the norm and to dare to be innovative when trade routes were closed.

Find out more about Colombo gin on their website

Inka, our guest writer for this post, is a freelance blogger on spirits. She’s obsessed about glassware and always on the lookout for new G&T combinations. You can find her at onthesauceagain.com 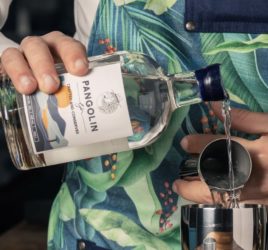 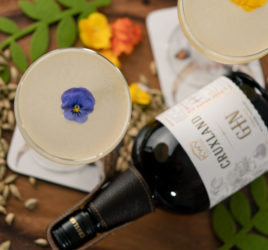 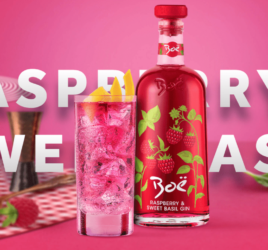