The Human Touch in Tarquin’s Gin

Because we have been drinking a lot of Gin lately, mass-production and the consequent standardisation of flavours has become the norm to satisfy our thirst for this juniper based spirit. Tarquin has brought back the beauty of craftsmanship and we are VERY grateful for it! This gin is produced in tiny batches on the coast of north Cornwall and every batch has a slightly different flavour. Unbottling Tarquin’s gin is pretty much like opening a Kinder egg, you never know what surprise you are going to get but it never disappoints 😉 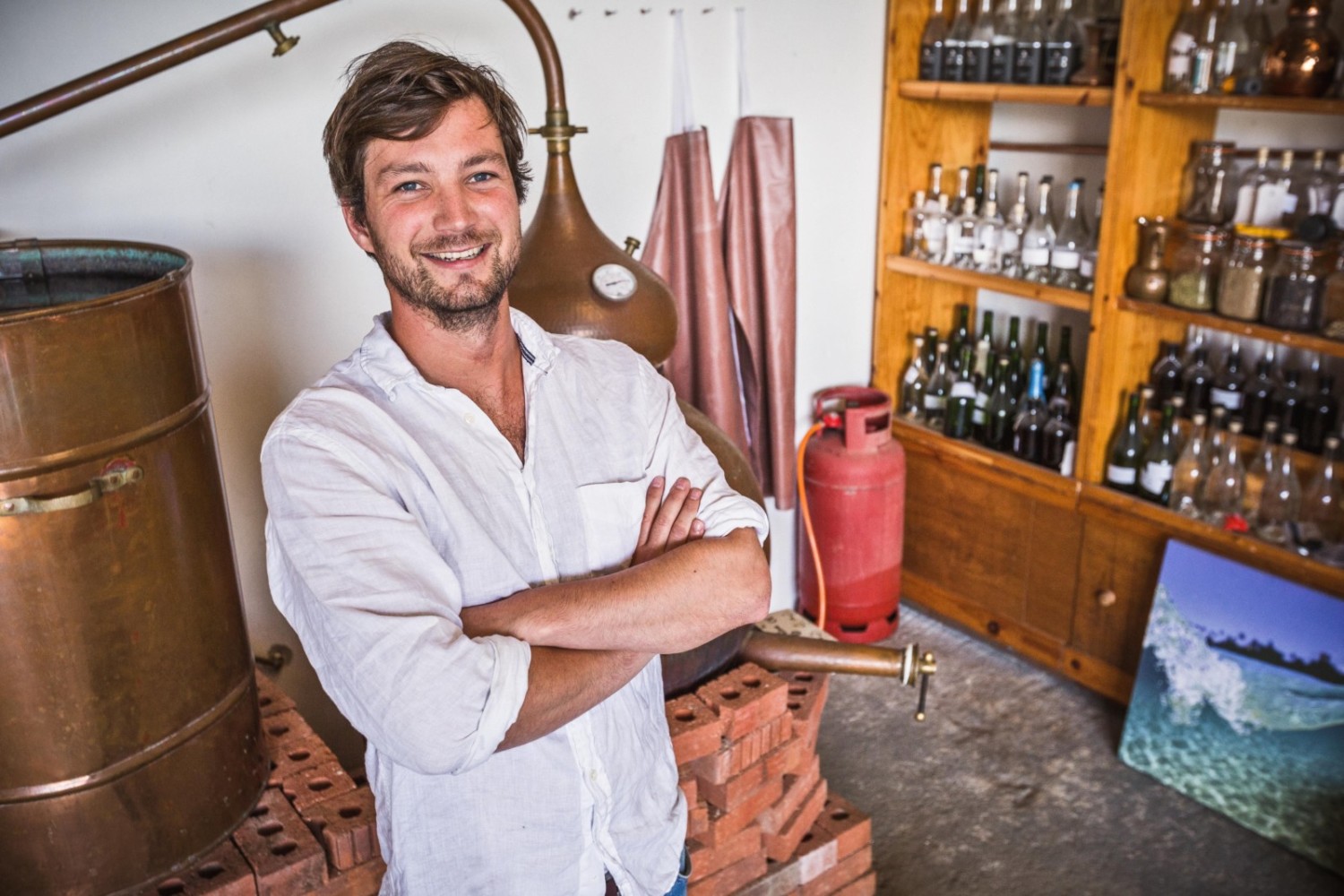 As it is often the case with any great invention, Tarquin created this gin to fulfil the personal need of drinking a spirit of superior quality which stands out thanks to human touch.

After studying cuisine at Le Cordon Bleu and training as a fine dining chef in Paris, Tarquin found himself behind a desk in the city, doing recruitment. But looking through CVs all day was not what Tarquin’s cup of tea. It is when he spent his time behind the bar of Thai restaurant in London that he saw an opportunity in the drinks industry: variety was missing and, at the age of 24, he was ready to start distilling. After buying a 1ltr pot still, creating distillates of over 60 different botanicals, thousands of hours of research, blind tastings, he came up with the recipe for his delicious gin. His talent as a fine dining chef helped him to carefully balance 12 botanicals and the secret ingredient is… you’ll never guess, keep reading! 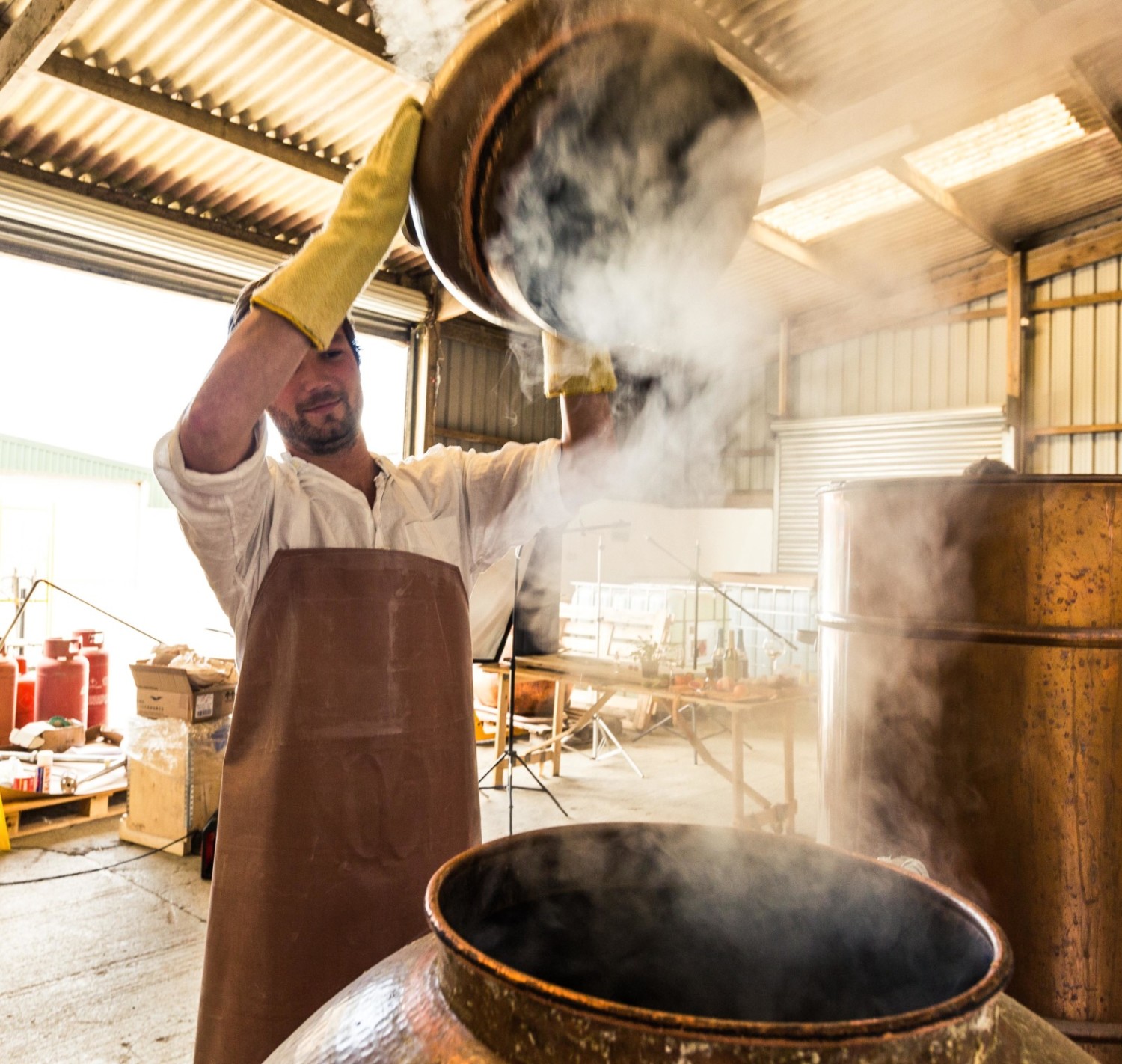 The way Tarquin’s gin is produced is not only traditional, it is proper old-school. At the heart of the process there’s Tamara, a Portuguese alembic pot still which only produces 220 bottles every run. Tamara is heated using an open flame and sealed with bread dough (really!), a technique that only very few distilleries use nowadays and allows the distillate to reach an incredible level of complexity.

Southwestern Distillery uses a one-shot distillation in which the right blend of botanicals is used in every run to make an entirely finished spirit. Ingenious and uncompromising. Tarquin’s gin is distilled with local Cornish water, possibly the freshest water in England!

The hand-sorted botanicals are steeped in wheat spirit overnight before warming to distilling temperature in the morning. Only the heart of the run is collected for bottling and once that is rested for several days, bottles are all individually filled, corked, sealed, labelled, numbered and waxed by hand.

The result of our process is a perfect spirit, and each tiny batch has its own completely unique character. Tarquin handwrites his own tasting notes on every single bottle – this is the very distinctive human touch that we are talking about! 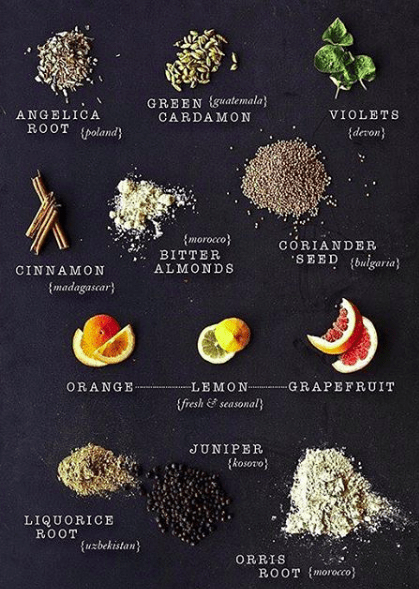 Sourcing the best botanicals is crucial to make a gin that tastes great. At the Southwestern Distillery it is David’s job to travel around the world and find the best there is. The hero berry in the gin comes from Kosovo and it chosen for its fresh, earthy but also floral taste.

To complement, lemon-sherberty coriander seeds from Bulgaria are used and preferred to the hot and spicy Moroccan variety. The citrus component comes from the fresh zest of lemon, sweet orange and grapefruit. David gets these from wherever they are in season, Europe in the summer and Africa in winter. Tarquin likes to add them fresh to extract the zesty oils to add vibrancy to the noise and palate and confer a pleasant creamy mouthfeel to the gin.

Angelica root is imported from Poland, orris root from Morocco, green cardamom seeds from Guatemala, bitter almond from Morocco, cinnamon from Madagascar, liquorice root from Uzbekistan. And the cherry on top of the cake, the Devonshire violets, are picked from Tarquin’s garden and added in the morning, after all of the other botanicals have macerated overnight. 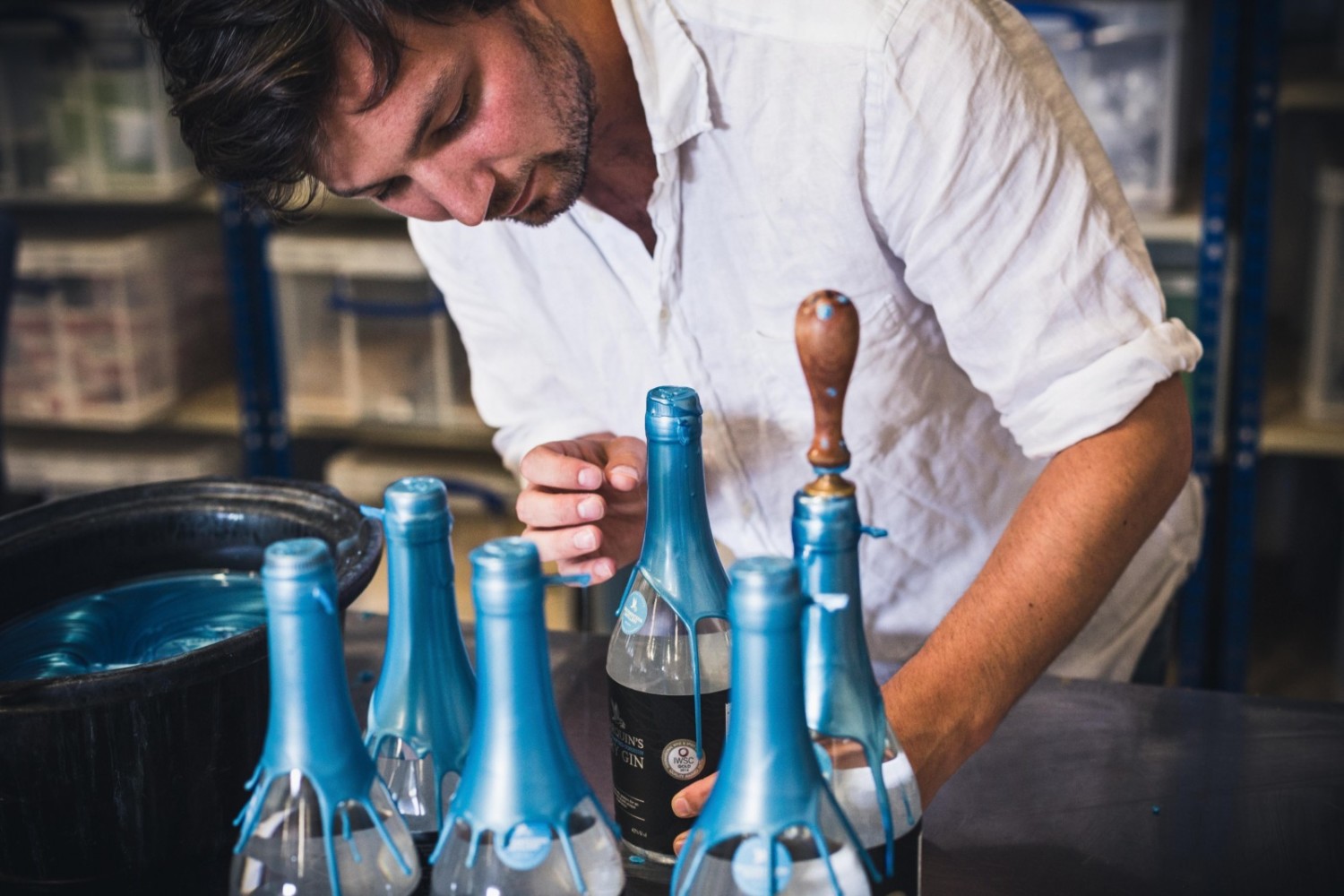 This is the classic one in the Tarquin’s range, very rounded and balanced for a 42% spirit. The Devon violets and use of the fresh peels is what makes this classic London dry contemporary and extra aromatic. Southwestern Distillery describes the taste as ‘comparable to stumbling upon a beautiful orange blossom in the middle of a crisp, dry pine forest’ – if this does not make you want to try it, I don’t know what would!

This one was not meant to stick around in the market but it became so popular that Tarquin made it part of its permanent line. Originally commissioned by the Royal Navy, only 771 bottles were produced at 57% vol. – for heavyweights. The botanicals used are the same but in larger quantities and the alcohol is cut with less water to achieve the navy strength. The result is a bold gin with lots of black pepper on the nose, the warm earthy spices are balanced with plenty of freshness from the fresh citrus zests and floral notes from the violet flowers.

Tarquin started his Southwestern Distillery with the aim of making great-tasting spirits with integrity guided by the belief that human touch in everything is absolutely crucial for superiority. We think he managed to do a pretty good job at it and we are not the only ones! Tarquin’s gin won the gold medal at the San Francisco world spirits competition in 2016 and at the IWSC in 2014.

Join the ILoveGin Club to try this outstanding gin! Tarquin’s Cornish and Navy Strength gins will be in our February box. Sign up here!

Bramble Gin is Perfect for Autumn! 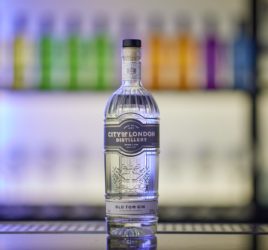 Have you tried this Old Tom Gin?